Why Don’t Girls Like Me? Top Tips to End Your Drought Today

In this non-stop dating bubble we now live in. It’s normal that a string of non-successful dates can lead to you feeling pretty rubbish about yourself. So you ask yourself.. ‘why don’t girls like me?’

You just don’t get it – you always buy her a drink, compliment her, come across as friendly, and ask her questions about herself, so why are you constantly being friend-zoned?

Getting knocked back sucks, but why is it continually happening to you?

8 Signs That A Girl’s Not That Into You

If a girl does any of the below then chances are she’s just not that keen on you – yeah, I know, it’s frustrating!

But it’s better to realize that she’s not into you now, before you waste anymore of your time on her.

Save your effort and attention for a girl who actually likes you back.

From being stiff, to rolling her eyes, chances are she’s just not feeling romantic vibes.

If she’s not flicking her hair, laughing at what you say, and looking at you with intrigue, then you probably haven’t caught her eye!

Attraction is weird, but it’s also either there or it’s not.

Girls might not always be the easiest to read, but that’s because guys don’t pay enough attention to the signs.

I get you’re not a mind reader, but if she’s doing stuff like hair-twizzling and touching your arm then these are GOOD signs! While sighing and looking at her watch are bad!

She bails on you

So, you’ve exchanged messages and perhaps you’ve even already met!

You ask her out and she says yes – cue excitement!

Then, an hour before your supposed date she messages you saying that something’s come up.

On some occasions something might have actually come up – but if this is the case she will feel really bad and want to rearrange.

If this isn’t the case, then it sounds like she had cold feet about meeting up and therefore came up with some lame excuse so she didn’t have to.

You’re on a date in your local restaurant – she’s cute and you want to get to know her better, but every time you ask her a question she replies with a string of ‘yes’ and ‘no’ answers.

Not only does this make for an awkward situation, but you’re left desperately trying to keep the conversation alive.

It may just be that she’s super nervous – but the fact she’s still acting like this halfway through the date shows that she doesn’t feel relaxed around you.

Or, perhaps she’s being so quiet because the attraction just isn’t there.

She acts unimpressed to everything you do

You show up on your date with a bunch of roses and she tells you she’s allergic to flowers.

You take her out to your favorite restaurant where you’ve reserved the best table – she shrugs and says the foods better at Olivander’s, the town’s pricey Italian that has a month long waiting list!

Regardless of what amount of time and effort you put in, she just doesn’t seem bothered.

In fact, it‘s pretty clear that you could literally surprise her with her dream house/car/pony and she’d most likely shrug and list a bunch of things wrong with it.

Face it, you just can’t please everyone!

She yawns a lot!

Okay, so maybe she didn’t sleep well last night and now she’s extra tired? I mean, she could still be into you, right?!

Yeah, it’s unlikely. Think about it, if you were on a hot date would you be sat there yawning constantly?

No, you wouldn’t. Not even if you only had an hour of sleep the previous night.

Yawning, daydreaming, and biting her fingernails while you’re talking are signs she’s bored!

She says she has a boyfriend

So yeah, this pretty much speaks for itself.

Perhaps she does indeed have a boyfriend. In which case don’t go there – come on, guy code is important!

Maybe she doesn’t actually have a boyfriend and she’s lying to you – in which case she’s making this up because she doesn’t want you flirting with her…ouch!

Either way, if she utters the words: ‘Sorry, I have a boyfriend.’ Well, then do yourself a favor and move on!

However much you might think a girl likes you – if you go in for a kiss and she swiftly moves away, then take this as a pretty clear cut sign that she doesn’t like you!

Same goes for if you touch her hand or put your arm around her shoulders – her flinching is not a good thing.

Don’t make it worse for yourself by trying to hold her hand or anything – you’ll only end up feeling even more rejected when she jerks away from you like you have the lurgy!

Her messages are short

So, you send her a well thought out message – maybe you even add a couple of cute emojis to the end of it.

Only she replies an hour later with ‘yes.’ Okay, so this isn’t the message you were expecting, but at least she replied, right?!

Um, she’s probably just trying to be polite. Unless she’s out-of-this-world busy, then it sounds like she’s not that interested in talking to you.

And chances are that if something arose to make her messages so slow and blunt, well the next day she’ll message you with an apology and an explanation.

No one said the road to love was a smooth one – but we didn’t envisage it being this brutal!

So, understandably you want to know the reason why girls don’t feel sparks flying when they encounter you.

You come across as arrogant

You may very well have 20 other women interested in you and own a Porsche, but newsflash – no one likes a bragger!!!

Maybe it’s a nervous thing that causes you to word-vomit out all your accomplishments in an arrogant way?

But your date won’t know that, she’ll just think you’re a jerk!

Being shy in this world makes things complicated.

The truth is, that regardless of how intelligent you are, how well you dress, or how much of a resemblance you share with Johnny Depp – being shy and awkward is a vibe-killer.

Women claim they want a ‘nice guy’ then when they go on a date with one, they end up not liking him.

If you think that girls don’t like you because you’re on the quiet side, then try not to let this dishearten you.

The right girl will help you come out of your shell, and value your kind heart and gentle nature.

Jealousy is not a good look, and is a sure-fire way to make any feelings a girl has for you disappear.

A key element of any relationship is trust.

If you find that your insecurities are creating negative scenarios in your head, then you need to deal with these now, before they wreck all chances of you finding happiness.

So, you like a girl but commitment terrifies you.

Therefore, when she suggests introducing you to her friends, you have an internal freak-out.

She will take this as a sign that you don’t like her, and it will seriously dampen the mood.

If you find yourself overrun with commitment issues, then you need to ask yourself why?

Be open and honest to her about how you’re feeling – if you don’t tell her the reasons why you’re acting how you are, she will be left believing that you just don’t like her.

You want to go official after 2 days, introduce her to your best friend after 3, take her to your parents for Sunday lunch the week after, then the following week you’re going to propose.

All your frantic behavior is doing is totally freaking her out!

Take it at a natural pace and stop the pressure.

You hate cats. Rain makes you miserable but you can’t abide sunny days. You don’t want to travel as you don’t like leaving your hometown.

You hate your job, you detest people, and you suck at dating!!

Well, you sound a barrel of laughs…NOT!

Turning up on a date and being Mr. Negative isn’t going to impress anyone. It’s just going to make her want to escape via the bathroom window.

Only after one thing

Girls like romance – they don’t envisage their soulmate being the kinda guy who initiates a quickie in the park.

If you really like this girl and want to see her again, then it’s advisable that you contain yourself.

‘Hooking up’ too soon generally doesn’t give out ‘the one’ vibes. So, don’t go all Casanova on her, instead build the foundations before you take things to the next level.

How to successfully gauge her interest, and keep it…

Communication is key and so are good manners.

Okay, so nerves can get in the way – but you’ve got to try and keep it together. Girls want a guy who makes them feel at ease, so don’t turn into a bumbling idiot.

You can do this. Smile, compliment her dress, and show interest by asking her questions about herself.

In a world full of time-wasting jerks, always be a gentleman.

Take care in your appearance

No, this doesn’t mean you have to magically turn yourself into a tanned, 6-packed hunk.

But showering before a date, wearing an ironed shirt and opting for a pair of jeans that are more fabric than rips is advisable.

Women will judge you on your shoes, style, hairstyle…everything!

So don’t turn up looking like you’ve just strolled in after decorating your home – put some effort in!

Don’t play with their feelings

Okay, so I’m not saying that you shouldn’t be nice. Regardless of the attraction or not, always be kind.

You don’t want to gain the reputation of that jerk who leads women on.

What do you do when a girl shows no interest in you?

Rejection sucks – but however much it hurts you should just cut your losses and move on.

Don’t cling onto someone who’s already let go of you.

I get it, it hurts, but love sucks sometimes, and unrequited love sucks even more.

But wasting your time on someone that doesn’t feel the same way is only going to hurt more in the long run.

Girls want to know you’re interested in them – which is why more often than not, they’ll wait for you to message them first after a date.

Be friendly, don’t send an essay, and NEVER bombard them with a flurry of messages. Wait until they reply before you message them back.

Failed dates are never fun – but the only way of discovering if there’s a spark there is by not giving up.

No, I don’t mean you should keep pestering that girl who clearly isn’t into you. Instead, you should start talking to new people.

Don’t get stuck on the ‘what could have been’s,’ when you should be focusing on ‘what could be.’

Don’t give up on the dating game, else how can you ever expect to find the right girl for you?

Grooming Your Beard? Here’s the Proper Way to Do It 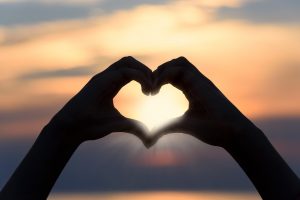 A Guide to Attracting Love